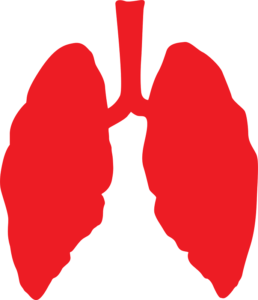 January is National Radon Action Month, when homeowners are urged to have their homes checked for dangerous radon gas presence. Radon gas can lead to lung cancer and other respiratory issues. Former hockey player Rachael Malmberg is a survivor of lung cancer that was a result of radon gas exposure.

Radon gas is a silent killer, undetectable by human senses and the second leading cause of lung cancer in the United States. About 21,000 people die from radon-induced lung cancer every year in the U.S., and Rachael Malmberg could have been one of them.

Malmberg is a former hockey player for the 2009–10 United States women’s national ice hockey team. She had been experiencing pain in her back and ribs despite eating healthy and remaining an active athlete. When she got an MRI test from her doctor in April of 2017, she was diagnosed with stage 4 lung cancer.

Malmberg was a non-smoker, so she began researching other causes of lung cancer. That was when she became aware of radon. She tested her childhood and family home for radon gas levels, and found that both had high levels of radon concentration, with her childhood home having a level of 7.9 picocuries per liter (pCi/L) and her family home having a level of 6.9 pCi/L. The EPA recommends homeowners to take immediate action when the level reaches 4 pCi/L.

Thankfully Malmberg has survived her cancer treatment and continues targeted therapy in order to keep the cancer controlled. She had radon mitigation systems installed in her homes and launched a radon challenge in January, encouraging others to take action and mitigate radon in their homes. Malmberg also serves as president of Cancer Survivors Against Radon (CanSAR), an organization that raises awareness about dangerous radon gas exposure.

Malmberg’s radon challenge began in January for a specific reason. It was chosen in honor of the EPA making January “National Radon Action Month”, an opportunity to raise awareness, promote testing and mitigation, and educate others on how to build safer, radon-resistant homes and buildings.

There are 5 things that the EPA suggests everyone do for National Radon Action Month:

“It’s remarkably easy to protect our loved ones by testing for radon and building new homes with radon-resistant features that allow everyone to breathe freely and safely,” EPA Deputy Administrator Marcus Peacock has said. The EPA estimates that, over the past 20 years, these radon prevention methods have helped saved over 6,000 lives.

Radon-Rid, LLC has skilled specialists that are committed to making the homes of Pennsylvania residents safe. We are certified and insured, and have a great deal of experience testing for dangerous radon gas levels and installing the appropriate radon remediation systems. For information about our services or to schedule a consultation, contact us today.